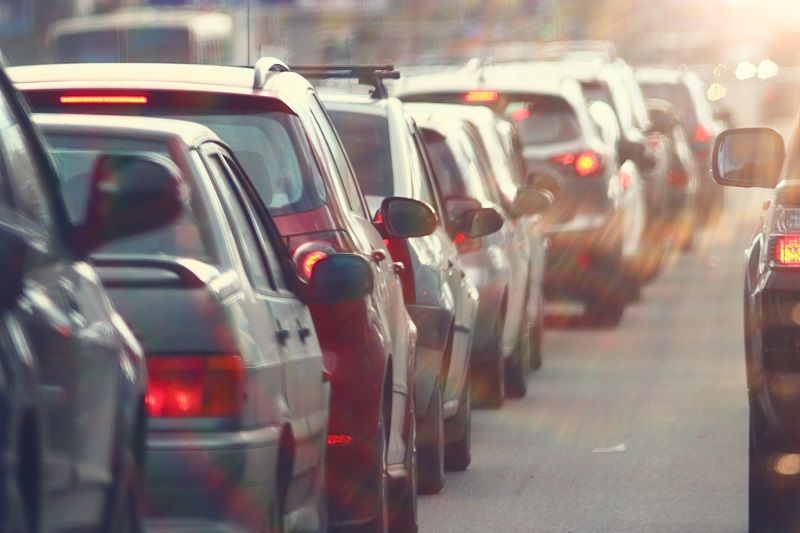 Congestion by Design on the New Sellwood Bridge

Portland-area motorists who have to regularly cross the Sellwood Bridge may wonder why the new structure is twice as wide as the 1925 bridge, yet has the same number of travel lanes. The answer is simple. Portland transportation planners don’t want to solve traffic congestion problems; they prefer to make them worse.

We know this because 20 years ago, Metro published a report entitled the “South Willamette River Crossing Study” (SWRCS), which examined the long-term bridge needs in the stretch of the Willamette River from the Marquam Bridge down to Oregon City. The study found that by 2015, levels of traffic congestion on those bridges would be at “unacceptable or grossly unacceptable levels” if new capacity wasn’t provided.

The study also looked at numerous potential sites for a new bridge but ultimately recommended that no new crossings be constructed. The Metro Council decided instead to focus on “transportation demand management” (TDM) to address the growing congestion.  TDM is an amorphous concept utilizing public relations campaigns and regulatory mandates to encourage drivers to shift to other modes of travel.

Once the decision by Metro was made to place a freeze on new bridge capacity, it was easy for the City of Portland to implement a new policy downsizing Tacoma Street in Sellwood from a four-lane arterial to a two-lane “Main Street,” with lower speed limits. That made it politically impossible for Multnomah County, owner of the Sellwood Bridge, to replace the aging structure with a four-lane bridge.

The decision to build a new bridge was made in 2006, and construction began in 2012. The design featured two 12-foot-wide travel lanes for motor vehicles, two 12-foot-wide sidewalks, and two bike lanes. All the proponents claimed that dedicating more through-capacity for cyclists and pedestrians than vehicles would create a world-class, multi-modal showpiece that would finally tame the automobile and shift drivers to other modes.

In fact, when a USDOT official spoke at the groundbreaking ceremony while presenting an oversized check for $17 million, she told the audience, “We looked all over the country for the best projects, and I have to say, the application for the Sellwood Bridge project knocked it out of the park!”

Unfortunately, all of the hype turned out to be wrong. Extensive monitoring by Cascade Policy Institute over the past three years shows that on a typical day, motor vehicles account for 95% of all passenger-trips. Transit gets about 2%, and walking/cycling combined garner the final 3%. Traffic congestion is growing worse by the month because regional population is growing and the bridge infrastructure has not kept pace.

With a price tag of $328 million, the new bridge is 43 times more expensive than the original; but it’s not 43 times more useful. In fact, it’s less useful, because trucks are not allowed and TriMet never restored the promised transit service.

Metro’s no-growth policy was a predictable failure. It’s time for the Metro Council to admit the mistake, and begin a new planning process with the goal of building at least one new bridge for motorists in the South Willamette River Corridor.

John A. Charles, Jr. is President and CEO of Cascade Policy Institute, Oregon’s free market public policy research institute. A version of this article appeared in The Portland Tribune on July 11, 2019.