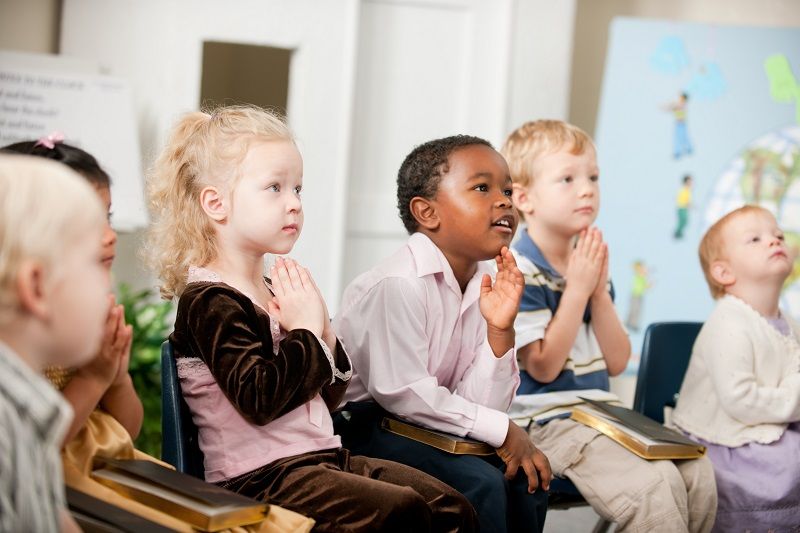 When Kendra Espinoza’s husband suddenly left their small family, her two daughters’ lives were thrown into chaos. Separation is never easy on kids. But on top of all the normal anxieties of the situation, Naomi and Sarah went from homeschooling with a stay-at-home mom to enrollment in the local public school while their mom worked. While this might be a smooth transition for some kids, Naomi was bullied and Sarah struggled in her classes.

Kendra knew it wasn’t the right option for them. So, the Montana mother took a second job and pursued every financial avenue she could to send them to a Christian private school. There, her daughters flourished in an environment where Kendra felt they were learning good values.

Tuition became more burdensome when in 2017 Montana ended the tax credit scholarship that helped stabilize Naomi and Sarah’s lives. The small program had allowed Montana taxpayers to deduct up to $150 from their taxes when they voluntarily donated to scholarship organizations that helped kids like the Espinozas.

Montana’s tax credit scholarships could be used at any school, whether secular or religious, until the Montana Department of Revenue chose to interpret the state’s prohibition against aid to religious organizations to include participation in this program. Though a trial court found in favor of families’ free exercise, the Montana Supreme Court struck down the entire scholarship tax credit to avoid either benefiting or discriminating against religious schools. On January 22, the Supreme Court heard oral arguments in the case Espinoza v. Montana Department of Revenue.

Ending a scholarship program which helped families across the state solely to prevent religious schools from benefiting is arguably a violation of the free exercise and equal protection clauses of the U.S. Constitution. Previous Supreme Court cases like Trinity Lutheran v. Comer (2017) established that a church’s status as a religious organization may not be used to deny it benefits from an otherwise secular aid program.

Montana’s tax credit scholarship, which originally assisted school-aged children to attend any participating private school, could have legally and Constitutionally continued to help Kendra Espinoza and her kids without providing undue support to religious organizations. In fact, out of 29 states with a total of 62 school choice programs, Montana’s is the only program which chose to explicitly remove support for religious schools on the basis of their religion.

While school choice programs may allow funding to be directed to a variety of schools, the real beneficiaries are the families who can choose schools which help their unique children. The real beneficiaries are kids like Naomi and Sarah. Espinoza v. Montana is less a question about public funding for private schools and more an issue of equal access to education for American families. While striking down Montana’s tax credit scholarship program removed options for all children, it disproportionately impacted the children of low-income families for whom private school tuition is at best a major sacrifice and at worst an impossibility.

For moms like Kendra, school choice isn’t a distant political ideal. It’s an immediate practical reality which means the difference between watching your child struggle through a one-size-fits-all system and choosing a school that can nurture your child’s growth. This month’s arguments in Espinoza v. Montana should become an important precedent for defending a family’s right to choose an education consistent with their values, bringing a fairer understanding of what it means to provide equal access to education.

A favorable ruling in Espinoza v. Montana could help empower families who otherwise would be unable to attend private schools—a boon both to public schools which would benefit from increased competition and to students who could thrive with the education that best fits them. 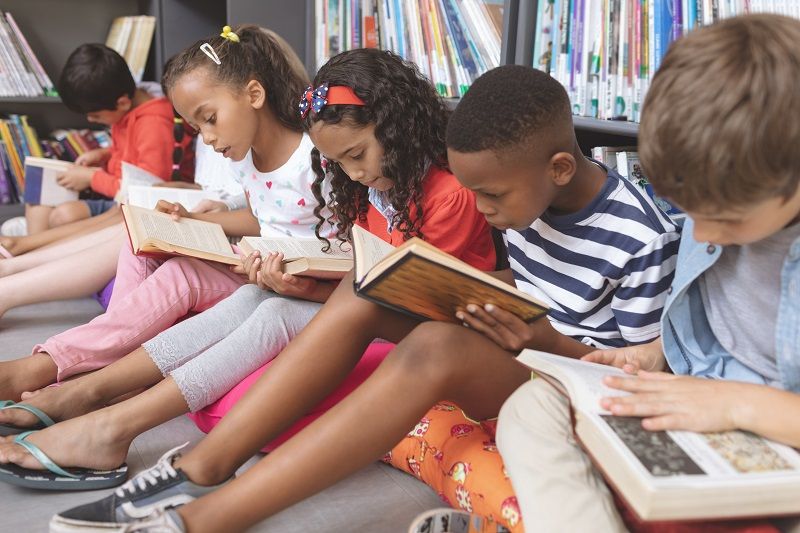 Virginia Walden Ford is a mom whose extraordinary sacrifice and determination changed not just her own child’s life, but the lives of thousands of American students. Her story is now the subject of the new movie Miss Virginia, starring Orange Is the New Black’s Uzo Aduba.

Virginia’s experience as a black student integrating Little Rock high schools in the 1960s gave her a strong personal understanding of how important education is to a child’s success. When, years later, her own son William began slipping through the cracks of a Washington, D.C. public school where his teacher didn’t even know his name, she fought for a better option. Virginia’s answer came in the form of a scholarship and a second job working nights. William went from skipping school to being a joyful, enthusiastic student known by friends and teachers. Virginia believed every child should have that chance.

Virginia Walden Ford’s persistent work on behalf of low-income students in Washington, D.C. led to the creation of the Opportunity Scholarship Program, which gives thousands of low-income kids the chance to attend a private school. Virginia says, “We knew that if we raised our voices, we could win for our children. We did. And now our kids are winning as a result.”

You can watch Miss Virginia on Amazon Video, Google Play, and in select theaters around the country. 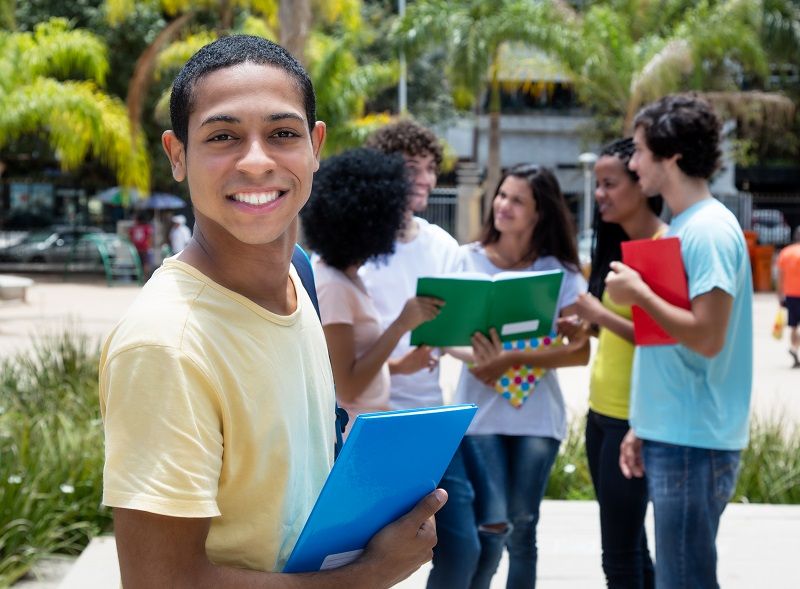 The Family Empowerment Scholarship will complement Florida’s other parental choice programs, the McKay Scholarship for children with special needs and Step Up for Students for children from low-income families. According to the American Federation for Children, which promotes parental choice in K-12 education, the parents of more than 170,000 Florida children wanted to apply for 100,000 scholarships available through Step Up for Students for the current school year. By authorizing 18,000 new scholarships in its first year, with a subsequent annual growth rate of 7,000 per year, the new Florida law will increase the education options available to low-income Florida parents.

Oregon should take a serious look at the diversity of parental choice options low-income families now have in states like Florida and across the country. It’s time for Oregon to expand the role of parents choosing―and schools delivering―better education through school choice, because every child deserves a chance for a successful school experience and a better future today. 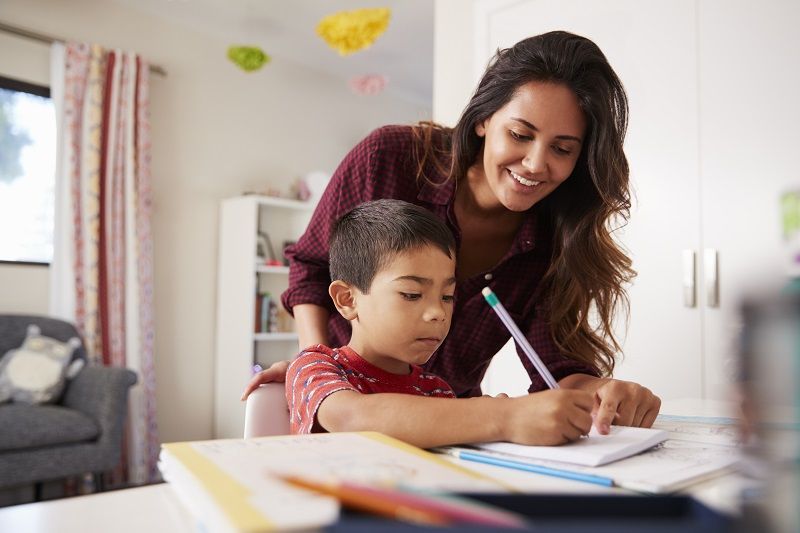 Free to Choose with Freedom Scholarships

School choice made a splash in the headlines last month with the proposal of the Education Freedom Scholarships and Opportunity Act. The proposed legislation would create a federal income tax credit for donations to organizations which grant scholarships to school-aged children and create an efficient path forward for students in states which have yet to embrace educational choice.

Tax credit scholarship programs have already successfully assisted thousands of students in states like Florida, where 92% of families enrolled report satisfaction. 71% of the 108,000 students would otherwise be in a public school. But because of their option to choose, they are statistically more likely to attend a school which parents feel is positively shaping their character and to attend college after graduation. Tax credit scholarships have been encouragingly successful on the state level. Encouraging donations to scholarship-granting nonprofit organizations, while leaving states the flexibility to opt in or out of the program, is an optimal way to encourage school choice without federal overreach.

Closer to home, Senate Bill 668 is currently in the Oregon Senate Committee on Education. The bill would create Education Savings Accounts for Oregon students. ESAs direct a portion of the funds designated for a child’s education in a public school to an account which could fund the family’s choice of private, online, or homeschool options.

If implemented, both the federal and the state proposals would be real victories for American students. 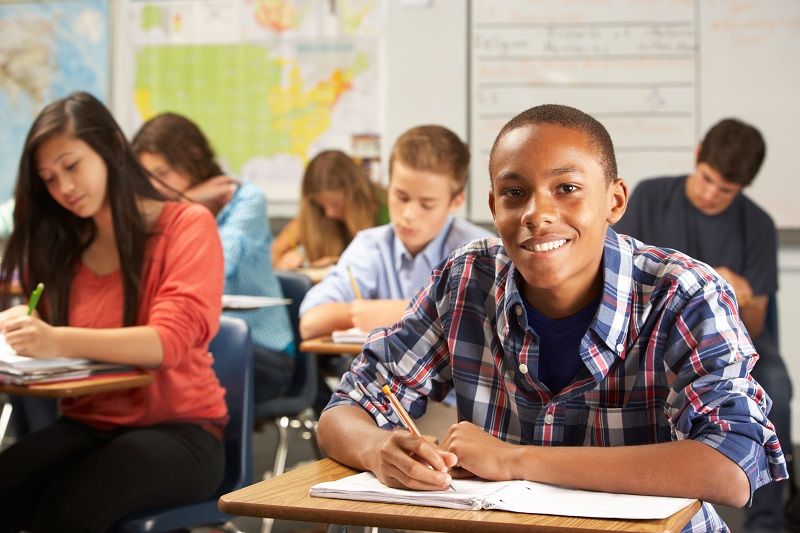 The Children’s Scholarship Fund was founded by the late Ted Forstmann and John Walton, who donated $100 million together and partnered with scholarship organizations across the country, raising money from supporters in each community, to award the initial 40,000 scholarships in 1999. Here in Oregon, the parents of more than 6,600 children applied for the first 550 scholarships.

Over the last two decades, CSF and CSF partner program scholarship alumni have gone on to higher education or career training and are pursuing jobs in fields as diverse as business and finance, law, advertising, computer science, and the arts.

An Oregon scholarship recipient once said: “What [the Children’s Scholarship Fund has] given me is so much more than money; you have given me opportunity, confidence, faith, and trust that life has meaning, and that I am meant to succeed no matter what obstacles come my way.”

Our founders often said, “If you save one life, you save the world.” By offering parents the opportunity to choose which school best fits their child’s needs, the Children’s Scholarship Fund puts the power of education back in the hands of parents, where it belongs.