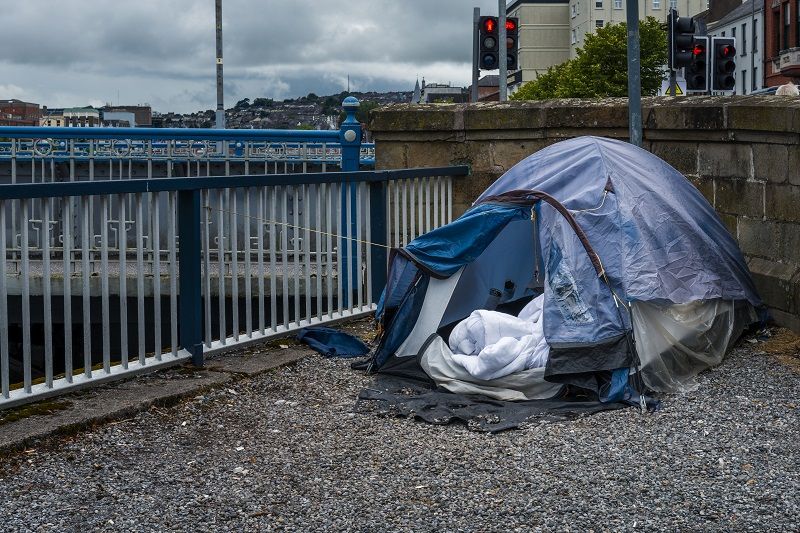 There is a homeless crisis in Portland. According to a recent count by Portland State University, the number of people found living in “unfit” conditions, such as in a tent outdoors, under a bridge or overpass, or in their car, has increased by 20% between 2017 and 2019.

Instead of providing sound and beneficial policies to help get homeless individuals on their feet and off the streets, Portland officials are pushing the issue onto private businesses.

The Portland Planning Commission recently affirmed a proposal submitted by Commissioner Oriana Magnera that would require new private downtown buildings, including stores and apartment complexes, to have a space where Portlanders can “rest,” including pitching tents and sleeping. She stated in a November meeting that current buildings may have “benches but not a lot of place to pitch a tent.”

Magnera blames the current homeless crisis in part on a housing shortage. It would thus make sense to provide shelter to those living on the streets and reduce restrictive city codes and laws that make it difficult to build homes in the Metro region. One such change could include enlarging the current Urban Growth Boundary that limits the amount of land available for new homes and artificially raises prices.

Portland officials should not place the responsibility for the homeless crisis on developers and private property owners. They should remove this new design guideline language and create policies that will tackle the root of the homeless crisis.