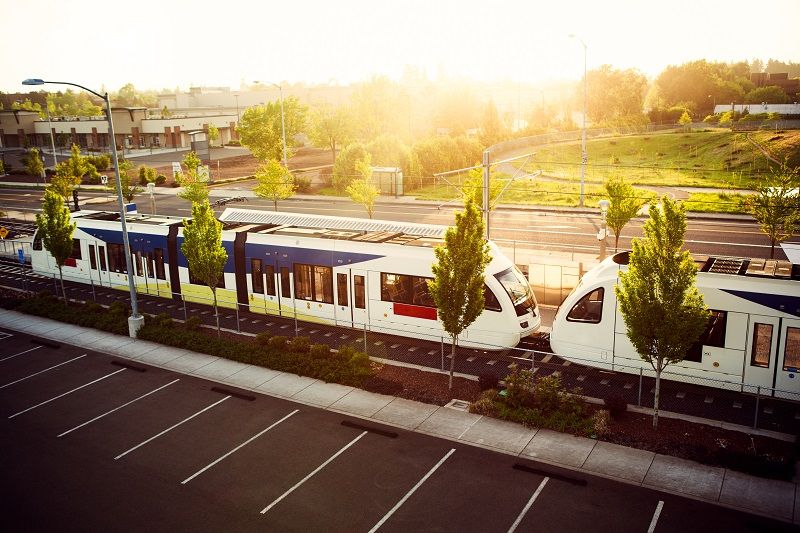 The Oregon Department of Transportation recently published its Tier 1 Draft Environmental Impact Statement (EIS) for the Oregon Passenger Rail Project, which plans to expand and improve passenger rail service between Eugene and Portland and increase Amtrak Cascades rail service from two to six round trips per day. Out of two potential build alternatives—Alternative 1, which would improve the existing Amtrak route, and Alternative 2, which would create a new route along Interstate 5 between Springfield and Oregon City—ODOT has identified Alternative 1 as the preferred alternative. Many are optimistic about improved passenger rail options, but Alternative 1 would include anywhere from $870 to $1,025 million in capital costs. Is the project worth such a high price?

One of the stated goals of the Passenger Rail plan is to implement a cost-effective project, but based on ODOT’s own testimony, it appears that Amtrak is actually becoming less cost-effective. In a 2017 Legislative report on passenger rail performance, ODOT reported that “[t]he gap between revenue and costs continues to increase.…It is likely the costs to operate the service will increase in the coming years.”

The EIS estimates that Alternative 1 would cost around $48 million a year in operations and maintenance costs—a sharp increase from the $17.75 million ODOT currently pays Amtrak annually to support the existing rail service. The EIS also admits that this is a conservative estimation based on the assumption that Amtrak payments will triple as the number of round trips triples. Currently, ODOT subsidizes each one-way Amtrak ride to the tune of about $118, and with the costs to operate Amtrak already rising, expanding an increasingly cost-ineffective service risks adding to an even greater burden on Oregon taxpayers.

On the other hand, if the improved passenger rail service were to achieve the 89 percent increase in ridership hoped for by 2035, ODOT’s subsidy would be distributed more broadly among an expected 646,000 annual rail passengers. Theoretically, this could help make ODOT’s investment more worthwhile.

More Amtrak passengers would mean more ticket revenue, lessening the gap between revenue and operating costs. However, ODOT’s ridership projections are largely based on the hope that population increases in the Willamette Valley “could result in unprecedented ridership increases.” In perspective, only 105,000 (less than 4%) of the Willamette Valley’s 2.8 million residents were riding Amtrak in 2015. Living up to the ridership goals in the EIS would require a significant shift in transportation choice towards intercity passenger rail not yet seen in Oregon.

The draft EIS does not include projections for expected revenues and fare recovery, so exact measures of cost effectiveness for the project are not yet nailed down. Unless fare recovery is significantly improved, Oregon will continue to lead the nation in passenger rail subsidies and triple already wasteful operating expenditures.

There is also the matter of the $1 billion in construction and design costs that would have to come from state and federal funds. ODOT’s passenger rail plans are likely motivated by prospects of broader eligibility for federal funding, but any advancements in rail service are bound to be a costly investment for Oregonians.

Public transportation expansions are often put forward as solutions to highway congestion. However, the EIS for the passenger rail project admits that neither build alternative would alleviate Oregon’s congestion issues, stating that the potential reduction in the number of vehicles on I-5 between Eugene and Portland “would not be significant enough to affect or improve congestion on I-5.” In fact, the EIS states that the project could even exacerbate congestion by increasing vehicle activity on surface streets near Amtrak stations. Expanding passenger rail service may benefit the small portion of the Willamette Valley population that uses Amtrak, but would do little to address Oregon’s broader transportation challenges.

Instead of expanding Amtrak rail service, ODOT could plan on gradually increasing the frequency of Thruway bus service over the next 20 years. The No Action alternative already includes plans to increase intercity bus service between Eugene and Portland to seven round trips per day, so why not focus on further increasing bus frequency rather than replacing it with a more costly rail alternative? That way, transportation service can be more flexibly adjusted to transportation demands without the same level of capital investment and heavy subsidies that expanding passenger rail would require.