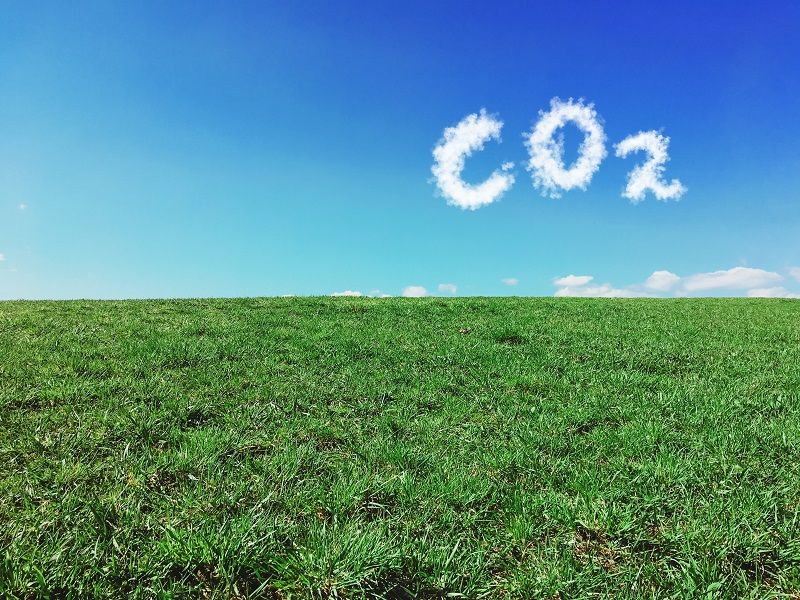 Oregon’s Governor Kate Brown responded to the Republican walk-out and end of the 2020 legislative short session by saying that she “will be taking executive action to lower our greenhouse gas emissions.” Brown is also “open to calling a special session if we can ensure it will benefit Oregonians.”

Despite what Brown may believe, executive action is not necessary to lower our state’s greenhouse gas emissions. Oregon residents and businesses are way ahead of the governor and are already cutting emissions in their daily lives. And they’re doing it without heightened government regulation or a burdensome tax.

According to the Oregon Global Warming Commission, per capita emissions have decreased by 22.8% since 1990, and emissions per unit of GDP have dropped by 50.7%. 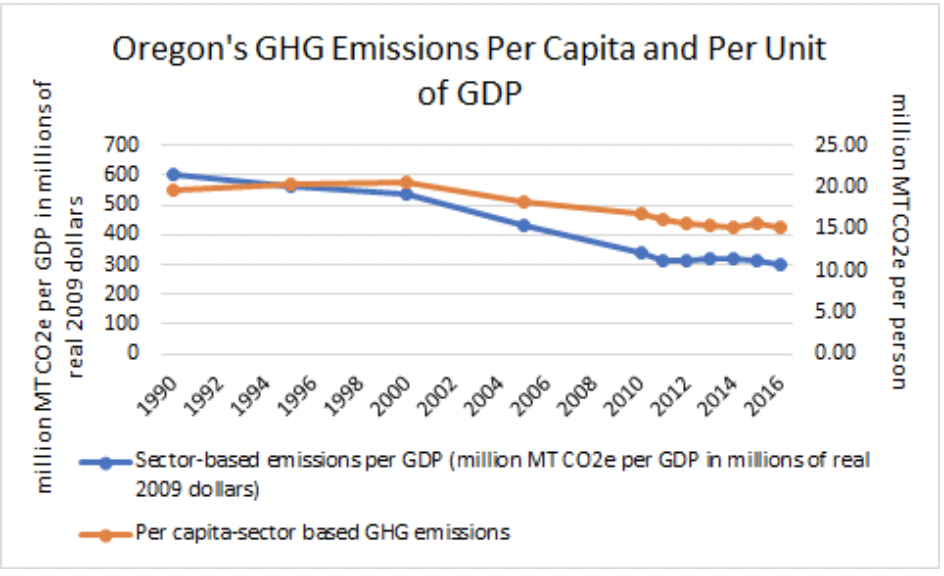 Additionally, Oregon’s energy use per capita is the lowest it’s been since 1960; and Oregonians have decreased energy consumption per capita by 37% since it peaked in 1972. 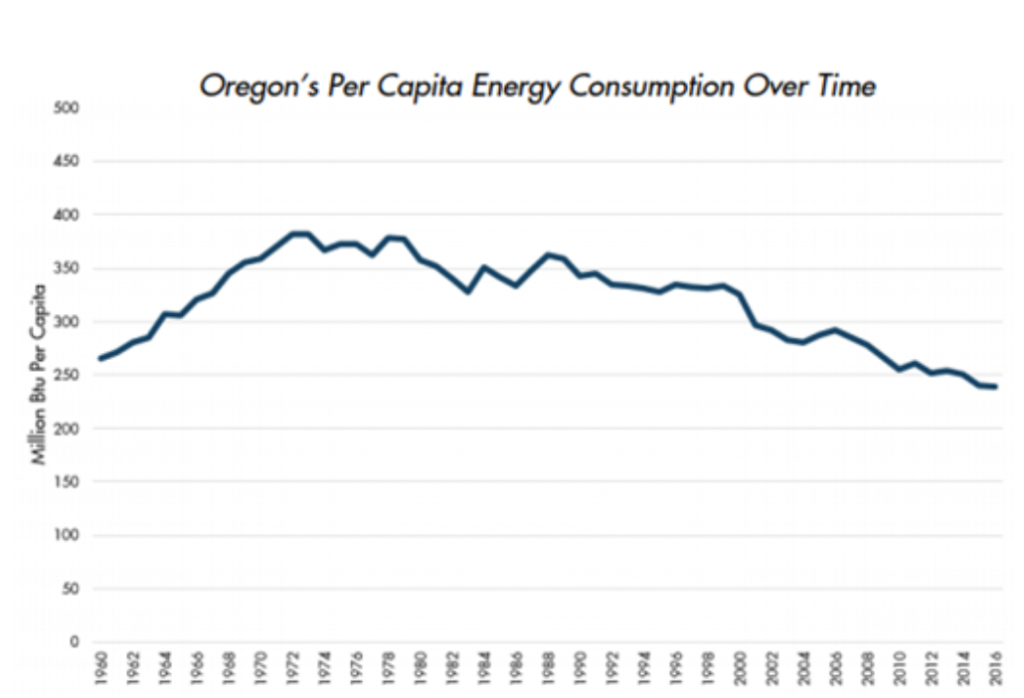 If these trends continue, aggregate GHG emissions will decrease in the future without placing an undue financial burden on rural and low-income residents.

Oregonians, and not Kate Brown, are doing what needs to be done to benefit Oregonians.

Testimony of John A. Charles, Jr.

Members of the Committee: I have spent the last 45 years of my life promoting environmental quality. I began my career working for the Environmental Defense Fund, a group that was an early innovator in market-based mechanisms. From 1980 through 1996 I was CEO of Oregon Environmental Council, where I helped pass dozens of environmental laws. Since 1997 I have worked for Cascade Policy Institute, promoting concepts such as congestion pricing of roads.

If I thought that HB 4001 and SB 1507 could deliver significant pollution reductions at reasonable cost I would support them, but they will not. To summarize the problem in one sentence, the bills require Oregonians to pay a significant tax that will be certain, immediate, and local; for benefits that are speculative, long-term, and global.

This stands in sharp contrast to environmental policies such as drinking water regulations. Provision of safe drinking water does have a major cost, but the benefits are substantial and they accrue 100% to those who pay. Oregonians are quite willing to bear the expense of such programs because they demonstrably make us all better off. This will never be the case with carbon dioxide regulation.

Moreover, even assuming that reducing CO2 has some local benefit, the relevant trends are already moving in the right direction. According to the most recent legislative report from the Oregon Global Warming Commission, the “carbon intensity” of Oregon’s economy – that is, greenhouse gas emissions/unit of state GDP – dropped 64% from 1990 through 2015. This is a spectacular achievement, and it is driven almost entirely by market forces.

Last week the Environmental Protection Agency released its latest update of automobile emissions trends for carbon dioxide. The report shows that CO2 emissions per mile for all motor vehicles sold in 2017 were the lowest since the agency began collecting data in 1975.

For truck SUVs, the reduction since 1975 was 50%. For minivans it was 51%. For standard passenger cars it was 55%. Almost miraculously, automakers have produced the cleanest cars in history while also making them safer and more pleasant to drive than the 1975 models.

There is no crisis in Oregon regarding CO2 emissions. The trends are positive and long-term. This is a case where you should simply “do no harm” by staying out of the way.