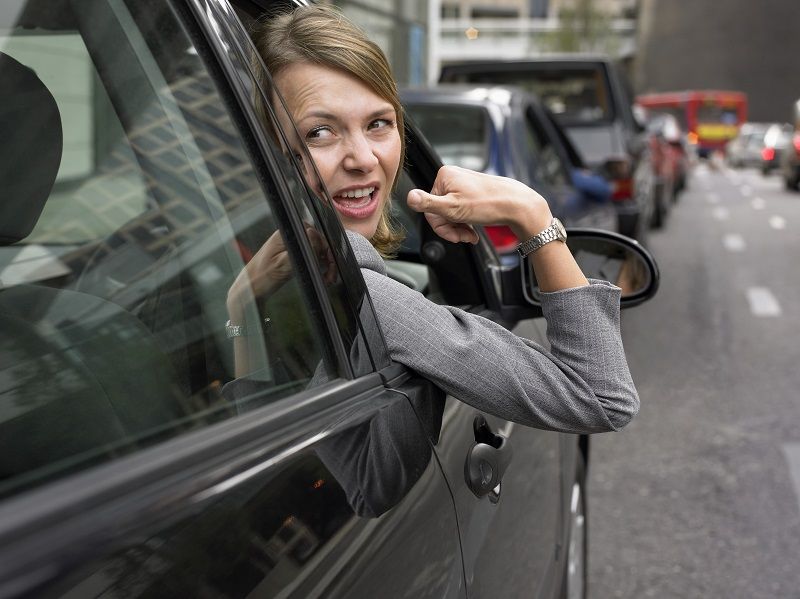 Frustrated with Traffic? According to PBOT, That’s Your Problem

The Portland Bureau of Transportation (PBOT), the agency charged with building and maintaining the city’s transportation system, is shifting the responsibility of improving traffic congestion away from itself and onto individual residents.

This was made apparent in a recently released 2018 report provided by Bloom Communications that surveyed Portland residents’ attitudes and perceptions of the Bureau. The contents of the survey are unsurprisingly critical of PBOT and demonstrate Portlanders’ increasing frustration with the region’s transportation system.

Of the themes that emerged, survey participants were generally concerned with safety on public transit, potholes and degrading roads, increasing traffic congestion, and PBOT’s lack of vision.

People want safe and efficient commutes. 81% of participants said that driving their car was the safest way for them and their families to commute, as they have greater control over who they come in contact with and what happens to them. Another 64% said they would consider taking transit if they were sure they “could reliably get to [their] destination faster or in the same amount of time as driving [their] personal car.” However, the current transportation system is seen as an inconvenience for many participants, and it is quicker for them to drive their car due to the frequency at which the MAX and city buses make stops.

PBOT is charged with repairing potholes and maintaining roads in Portland, yet some participants voiced their frustration with potholes not being filled in and car lanes disappearing across the city, replaced by bike lanes.

When it comes to bike lanes, PBOT doesn’t seem to know what it wants. Various striping patterns around the city lack consistency and confuse bikers and drivers alike.

According to one PBOT stakeholder (emphasis added):

“…The average joe probably doesn’t want the bike lane; they just want the street maintained. These are not necessarily the vocal people that come in and drive the budget. It’s concerning to see most of our city policies focused around that vocal minority. Are we aligning with who the general people are? Or are we focused on the Biker’s Alliance?”

Despite this concern, it seems that PBOT will continue to turn a deaf ear to the majority of commuters who want improved roads and more efficient commutes. The report states that “Portlanders demand a solution to traffic congestion but are unwilling to alter the way they are used to commuting to make positive changes and ease the situation….[R]esidents will have to start changing how they commute.” PBOT has no desire to increase road capacity and is placing the responsibility for rising levels of traffic congestion on individual Portlanders.

Portland commissioner Chloe Eudaly will send Portland’s expiring 10 cent per gallon gas tax back to voters in May 2020. Gasoline-using vehicles pay for 100% of the tax but only receive 56% of the benefits. The other 44% is spent on pedestrian and bicycle safety. Portland’s auditor reported in a 2019 audit that the program was poorly managed and lacked realistic project schedules. Moreover, the program’s spending seems to highlight the concerns held by the above PBOT stakeholder, that city policies are focusing disproportionately on pet projects and the vocal biking minority instead of aligning with the general public.

Commuters want efficient and safe commutes on well-maintained roads. PBOT should be serving the public, not dictating how residents should commute. Voters should reject the 10-cent gas tax and demand that PBOT take responsibility for Portland’s increasing congestion. PBOT should try to reduce congestion, not make it worse. Portlanders deserve better.