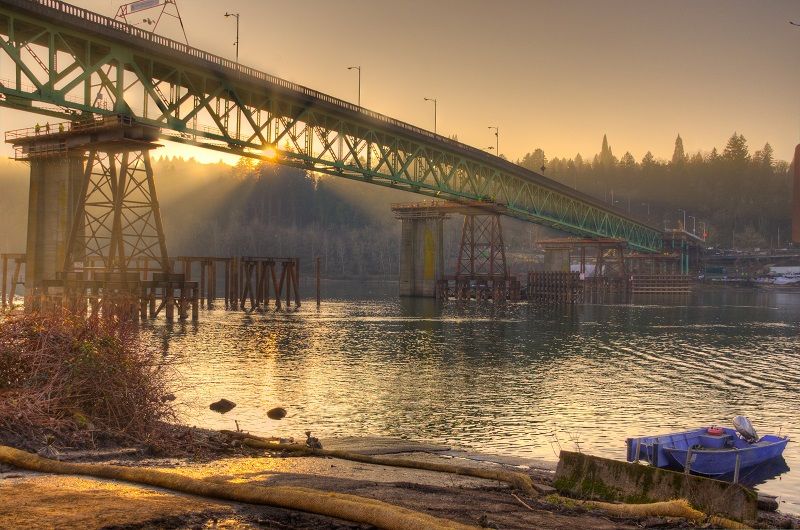 The evidence shows that even though the new Sellwood Bridge is more than twice as wide as the original bridge, it moves fewer people at peak hours. Moreover, use of the bridge by cyclists and pedestrians has not increased significantly, despite the generous facilities provided for them.

As a result, traffic congestion in the bridge corridor is worse than it was in 2012, and cut-through traffic in the Sellwood neighborhood has seriously degraded the quality of life for those living and working there.

The increase in traffic congestion was actually planned for by Metro more than 20 years ago, when the regional agency placed a moratorium on any new Willamette River bridge capacity for motor vehicles between the Marquam Bridge and Oregon City. Metro believed that if a bridge cap was imposed, significant numbers of people could be diverted from auto travel to biking, walking, or transit.

Their assumptions were wrong. During two years of intensive field monitoring by Cascade Policy Institute, the combined travel share for biking and walking never exceeded three percent, as shown below:

Based on hourly sampling

Although the new Sellwood Bridge was marketed as a cutting-edge example of the Portland commitment to “multi-modalism,” the bridge itself is not even a multi-modal facility. Heavy trucks are prohibited, and there is no bus service most of the time. Average daily travel is actually more reliant on the private automobile than it was in 1993.

According to Cascade Policy Institute President John A. Charles, Jr., who directed the study,

“Portland-area planners have long believed they could change travel behavior by starving the road system while promoting alternative modes such as transit, walking, and biking. The evidence from the Sellwood Bridge reconstruction shows that wider sidewalks are not a substitute for increased road capacity.”

John Charles is President and CEO of Cascade Policy Institute and has written about transportation policy for more than 30 years. The focus of his research is utilizing field studies to determine how the built environment influences urban travel behavior. Charles received a BA degree with honors from University of Pittsburgh and an MPA degree from Portland State University.

The full report, The New Sellwood Bridge: Promises Unfulfilled, can be downloaded here.