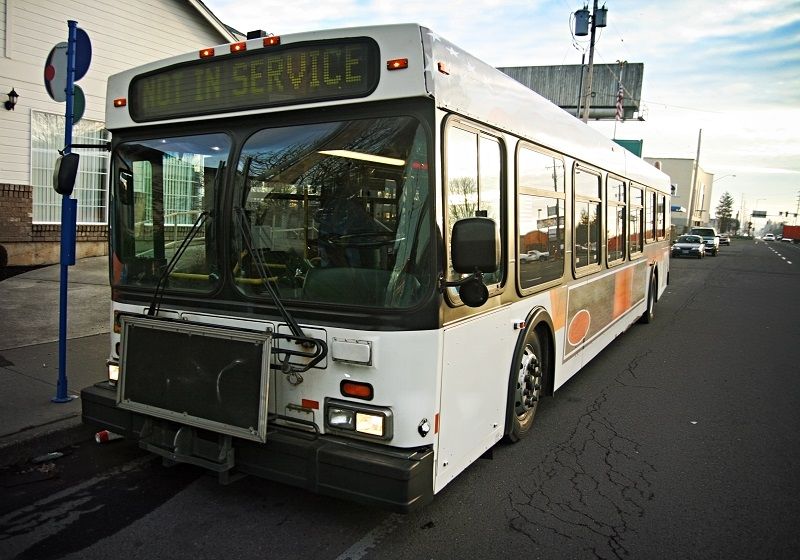 A Proposal for a Pilot Project

This report recommends TriMet pursue a one-year pilot project that replaces one or more of its high-cost bus lines with ride hailing services supported by a subsidy funded with the cost savings from eliminating the high-cost bus line.

Each of the bus lines identified in this report intersects with other bus, MAX, and WES stops or overlaps TriMet transit centers. Uber found that nearly 25 percent of Uber trips in suburban Portland began or ended within one-quarter mile of a MAX or WES station, as shown in Figure 1 and Figure 2 of this report. To encourage use of ride hailing services as a complement to the TriMet system, proof of fare payment should also serve as a 2.5 hour TriMet pass.

More than a dozen cities in the United States have programs similar to the proposed pilot project. Many of these cities have developed procedures to accommodate users who do not have a smartphone and users with ADA-related needs. Several of the programs began as pilot programs that have been extended because of the success of the pilot.

TriMet faces a challenge of declining ridership in conjunction with rising costs. In addition, the agency operates a number of high-cost bus lines. At the same time, ride hailing services, such as Uber and Lyft have grown in popularity since their introduction to the Portland region in 2015, providing convenient, reliable, low-cost service to millions of riders.

The pilot project recommended in this report would be a low-cost, low-risk test of potential synergies between public transit and private ride hailing. If successful, the lessons learned can and should be applied to additional high-cost transit lines.