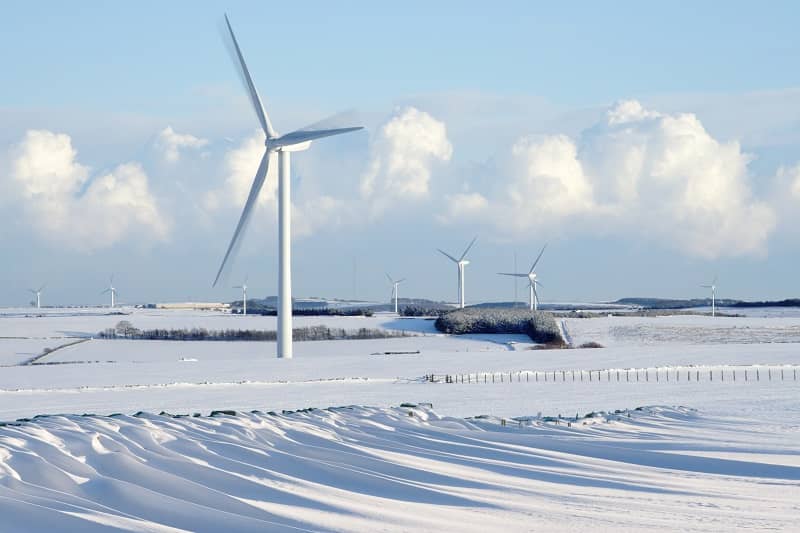 To ensure the lights stay on, Oregon needs a robust portfolio of energy resources

Recent freezing temperatures and power outages in both Oregon and Texas demonstrate why going “all in” on intermittent energy resources like solar and wind power will end up costing utility customers.

Governor Kate Brown declared a state of emergency on Saturday, February 13, due to a snow and ice storm that left up to 300,000 Portland General Electric and Pacific Power customers without power. For those who heat their homes with electricity rather than natural gas, the outage also means being without heat amidst freezing temperatures. The loss of power in the Willamette Valley was caused by 216 miles of damaged transmission lines and around 4,900 downed power lines in neighborhoods.

Texas is also dealing with a cold snap. However, instead of downed power lines, customers are facing rolling blackouts because of failing power resources. Wind turbines and solar panels are frozen over, service power plants unexpectedly went offline, and gas prices increased from an average $25 to $9,000 per megawatt hour. Losing wind power is a major blow to Texas, which made up around 25% of its fuel mix in January, the most wind power of any U.S. state. Around a third of the Electric Reliability Council of Texas’s (ERCOT) power generation, 34,000 megawatts, went offline right as demand began to rise.

This led to rolling blackouts affecting more than four million customers. To increase power supply, the U.S. Department of Energy approved ERCOT’s request to run fossil-fuel power plants at maximum output levels, even if doing so results in exceeding pollution limits. When it comes to ensuring the lights stay on for ratepayers, utilities turn to fossil fuels rather than frozen windmills.

Our region needs a robust portfolio of energy resources, including natural gas and nuclear, so that we have sufficient supply when renewable resources fail to produce electricity. Oregon’s only coal plant, located near Boardman, was shut down by PGE last November. To make up for lost power, PGE has purchased short-term hydropower contracts from Bonneville Power Administration and plans to invest in wind power and battery storage in the future. PGE, however, has no plans of increasing baseload supply or investing in more natural gas.

The more coal plants our region removes from the grid, the more likely we are to experience future blackouts. The Northwest Power and Conservation Council is tasked with running models to determine whether there is enough electricity supply to meet demand in the future during a “worst case scenario.” The Council considers the supply adequate if the Loss of Load Probability (LOLP) is 5% or less. In late 2019, the Council found the LOLP by 2026 to be 26%. This means that more than one out of every four simulations run by the Council shows the region facing a shortage of electricity.

Rotating blackouts experienced by Texas this winter and California last summer demonstrate how important it is to have sufficient baseload power for times when demand is high and intermittent renewable resources can’t be counted on to power the grid. We may not be able to prevent trees from falling on wires; but we can take steps to avoid overreliance on wind, solar, and hydropower.