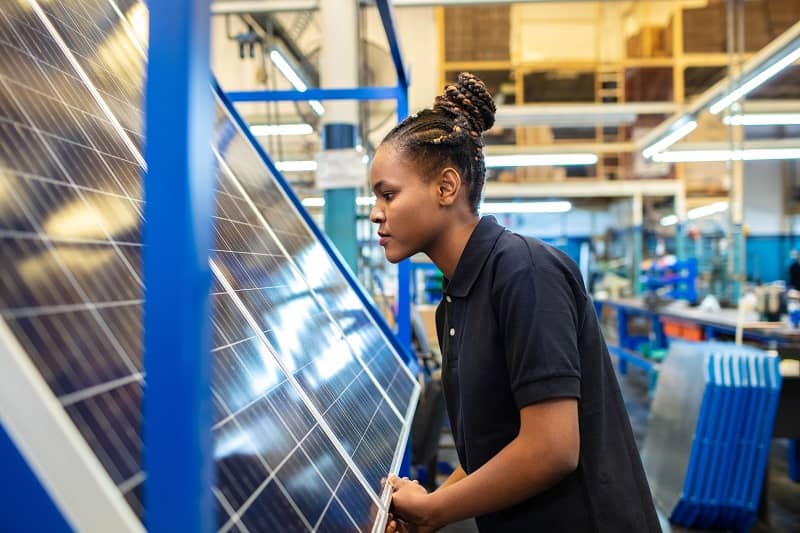 SolarWorld factory closure is the latest among government subsidy mistakes

Should governments use taxpayer dollars to support select companies of their choice? The recent closure of SolarWorld’s Portland area solar panel factory and the failure of the government-backed SoloPower Systems show why public dollars shouldn’t be spent to subsidize private firms.

SolarWorld opened the nation’s largest solar panel factory in Hillsboro in 2008.[1] It was a major facility in Oregon, employing as many as 1,000 Oregonians in 2010. However, the company soon filed for bankruptcy for the first time in May 2017, and again in March 2018. SolarWorld was then acquired by SunPower Corporation in 2018. The company shrank in size and sold the property in Hillsboro, choosing to lease around 200,000 square feet for just more than 200 workers.

But things did not improve for the solar panel manufacturer. With 170 workers, SolarWorld officially closed its doors for good earlier this year.[2] This is an unfortunate end for the factory’s workers—and for taxpayers. SolarWorld received 19 subsidies from the state, amounting to around $30,385,602 in the form of property tax abatements and tax credits.[3]

This is not the first time a local solar manufacturer has shut down in recent years. The SolarWorld plant closure is reminiscent of SoloPower Systems’ failure in 2017.

SoloPower Systems, a firm that specialized in a thin-film solar power technology, used a large amount of local and state taxes to build a solar panel plant in the city of Portland. It first opened in 2012, but soon closed its doors when the solar market was in upheaval. It opened and shut down again in 2014 “with little evidence that it had ever gained market share or even produced much product,” according to Portland Business Journal.[4] Despite the company’s inability to stay afloat, efforts by federal, state, and local agencies kept SoloPower functioning.

In 2010, the state agency Business Oregon granted SoloPower $20 million in tax credits, and the U.S. Department of Energy loaned SoloPower $10 million. At the same time, the City of Portland agreed to cover half of SoloPower’s debt to the state if it built its factory within Portland city limits. Multnomah County “declared the company’s North Portland factory site to be within an enterprise zone”[5] so it would not have to pay property taxes as long as it met certain job requirements.

One year later in 2011, the federal government offered the company $197 million in loan guarantees, and the California Energy Commission loaned just under $5 million.

SoloPower was not able to break through the market despite the millions of taxpayer dollars government agencies gave it.

The federal government quickly withdrew all $197 million in loan guarantees. Multiple lawsuits were brought against SoloPower: the first from California in 2013 after SoloPower defaulted on its loans, and the second in 2017 by Multnomah County to recuperate back taxes after the company “failed to create the minimum number of jobs needed to qualify for tax breaks.”[6]

However, the Oregon Department of Energy and the City of Portland were not so prudent. SoloPower claimed it simply needed more time and promised to restart successfully at the end of 2017. The Oregon Department of Energy bought the story and paid $640,000 in rent so that Multnomah County could not seize the company’s equipment. A DOE spokesperson told The Portland Tribune that the state did this because “they are banking on the company’s ability to raise the capital that they need to be successful.”[7] The state received no collateral for the payments, and this capital was never raised.

SoloPower’s Portland plant was shut down in 2017, and the City of Portland began paying $119,000 every month to cover its debt to the state. Portland covered the company’s debt until October 2020. Because of Portland’s mistake, the city was wasting $119,000 per month during a pandemic and a recession.

The mistakes made in these two cases are not new. Oregon’s failed Business Energy Tax Credit (BETC) was found to be chock full of similar examples, a third of which were deemed to be “suspicious and worthy of further investigation.”[8]

For example, Cascade Grain Products built an ethanol plant for around $190 million in 2008 with the help of Oregon’s BETC.[9] The plant only operated for about six months before shutting down. In 2009 the company filed for Chapter 11 bankruptcy and was sold for $15 million.[10] The BETC was frequently abused and was eventually terminated by the Oregon legislature due to mounting controversy. Both Democrat and Republican legislators admit that “taxpayer dollars were being wasted in many cases.”[11]

Governments should not be picking winners and losers in the market, and especially should not underwrite debt for a company with a poor financial track record. Agencies should cease all funding of private companies now and in the future and instead allow the marketplace to determine who is successful. This would ensure that Portland and Oregon taxpayers are not on the hook for poorly performing companies.