The study was based on thorough research of peer-reviewed literature and a quantitative analysis of taxes and economic growth across the U.S. and over a long period of time. They concluded that the tax measures would have a significant negative impact on Oregon’s employment picture, as shown in Exhibit 1 on page 7 of their report.

Needless to say, advocates of the tax measures lambasted their research, calling it “without merit.” Another advocate accused the economists of misleading the public and being untruthful.

According to the Oregon Center for Public Policy, Joe Cortright, chair of the Governor’s Council of Economic Advisers, reviewed our study. Cortright concluded that “neither the economic literature nor the data presented…support the claim that Measures 66 and 67 will be bad for the Oregon economy.”

The state economist just released his latest forecast of the Oregon economy. This figure, based on Table A.1 on page 75 of the state’s forecast, shows that the state’s employment forecast is virtually identical to the employment forecast that Drs. Pozdena and Fruits projected in their study of the impacts of Measures 66 & 67. Despite the somewhat vicious criticism of their research, it is becoming more and more evident that their forecast was almost spot-on. 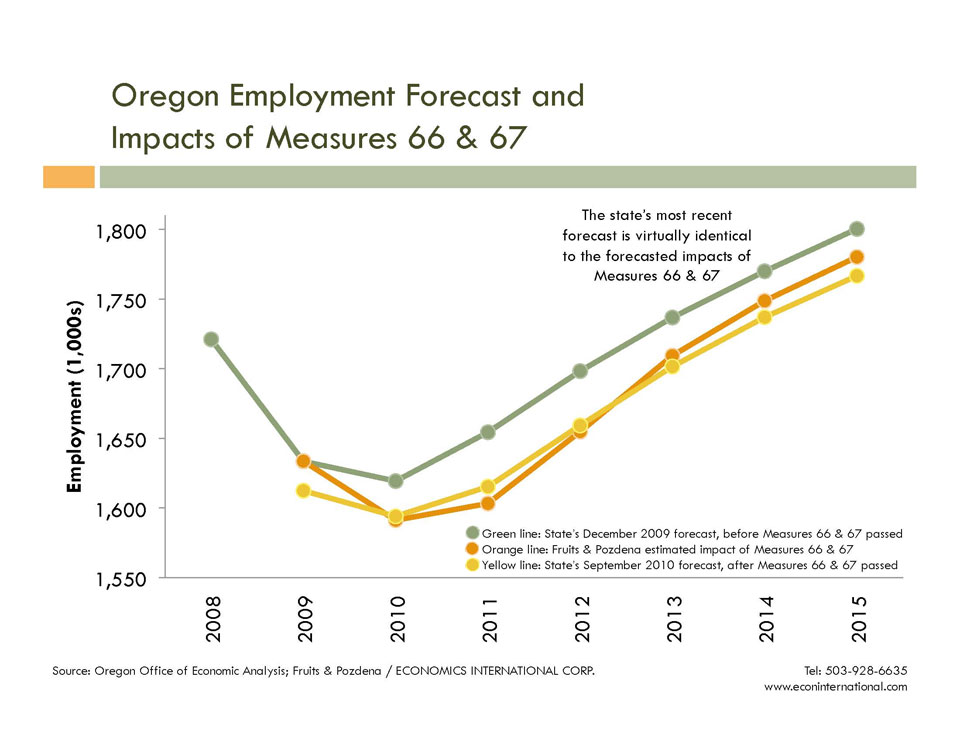