Oregon Has a 60th Congressional District!

Home » Tax and Budget » Oregon Has a 60th Congressional District!

According to Recovery.gov, the U.S. government’s official website for data related to the American Recovery and Reinvestment Act, Oregon has a total of nine new congressional districts. That’s eight more than Oregon is projected to have after the 2010 census.

The national stimulus has awarded Oregon $1,853,303,183, which, according to the government, has saved or created 9,653 jobs for Oregonians. These phantom districts have managed to create or save 15 jobs seemingly out of thin air. All it will cost taxpayers is $4.9 million dollars, or $326,624 per job. The 60th Congressional district actually created zero jobs with $206,710 of stimulus funds. 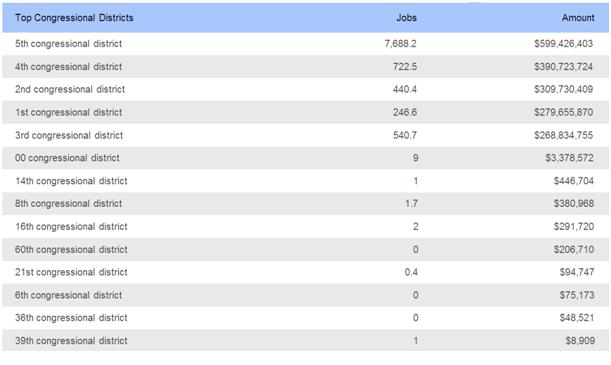 According to reporter Michael Noyes of the Montana Policy Institute, Ed Pound, the director of communications for the Recovery Accountability and Transparency Board, said there are no plans to correct these errors until the next reporting cycle.