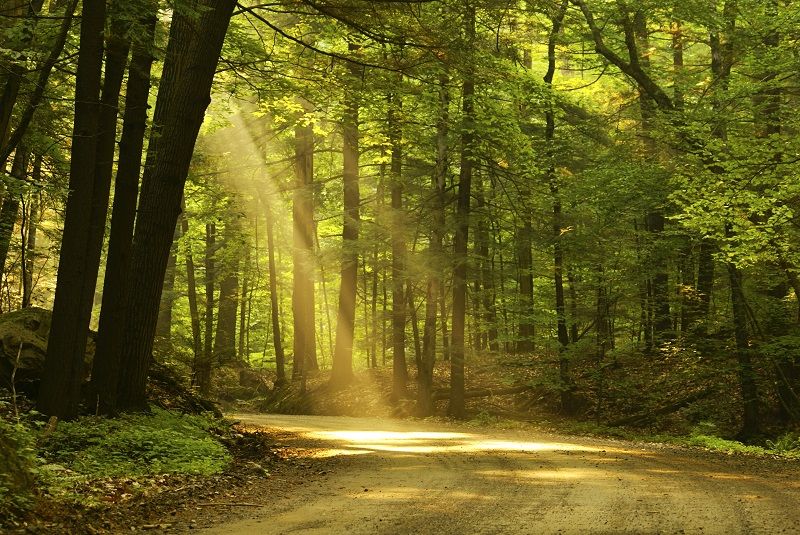 On October 19 the Metro Council adopted an Access Master Plan for the Chehalem Ridge Nature Park. This is a former industrial tree farm of 1,230 acres that Metro bought from Stimson Lumber Company in 2010.

Chehalem Ridge is Metro’s largest land purchase financed through the bond sale program approved by voters in 1995 and again in 2006. However, it’s not clear why it was ever a priority. Located just east of Gaston, Chehalem Ridge is outside the Metro boundaries and far from any urban population. The roads leading to it are narrow and winding, and there is no public transit. The entrance is gated, and the land has never been open to the public.

Chehalem Ridge is supposed to be the “crown jewel” of the Metro parks system, but the land itself is unremarkable. According to the Master Plan, prior surveys found “no significant natural areas on site.”

Surveys also showed “no historic or archeological materials” and “no cultural resources were found.”

In short, this is a generic parcel of overgrown timberland with minimal ecological value and almost no recreational appeal.

Nonetheless, the Access Master Plan treats it like the second coming of Yellowstone. Of the 1,230 acres, more than 99% are in some kind of “conservation zone” that limits or prohibits active use by the voters who paid for it. The Plan notes that the property could easily accommodate 29.5 miles of recreational trails, in four different separate-use categories—hiking, cycling, equestrian, and multi-purpose—but only three miles are being planned for by Metro. This will create conflicts between cyclists, horseback riders, and walkers.

In comparison, Portland’s revered Forest Park totals 5,157 acres and offers 90 miles of trails. After adjusting for size, Forest Park has seven times more trail miles than Chehalem Ridge will have.

Moreover, dogs are allowed in Forest Park, as they are in virtually all local parks in the metropolitan region. Metro has a strict policy prohibiting dogs.

Chehalem Ridge will have a single parking lot for 80 vehicles, public restrooms, parking for equestrians, a multi-use shelter and picnic area, and a small lawn area for family activities. If you want greater access to nature itself, it will be disallowed or discouraged.

This is consistent with Metro’s over-arching philosophy of buying up vast tracts of green spaces far from where most people live, and then limiting taxpayer use. Other Metro properties near Chehalem Ridge—including Carpenter Creek Natural Area, Wapato View Area, and Penstemon Prairie—are not open to the public, nor is there any plan to do so.

Metro went through a multi-year public outreach effort ostensibly designed to learn what people would like with this new property. According to Appendix C of the Master Plan, comments from the Spanish communities emphasized the importance of “gathering places, places to eat, security and most importantly, places for kids to play, exercise and cool off during the summer.”

Comments for the English-speaking community emphasized “wanting to hike or walk with their dogs, and both advocacy for more bike-specific trails as well as comments around not wanting to mix bikes, pedestrians and horses on the same trail.”

Metro’s Master Plan ignores virtually all these concerns. There will be no playgrounds for kids, few places for families to eat, the trails will create user conflicts, and dogs will be banned.

At the public hearing, I was the only witness to criticize the Plan. I encouraged Metro to build at least 30 miles of trails, with separate facilities for hikers, cyclists, and equestrians. I suggested that a long hiking loop be created with possible campsites for use by Scouting groups and others desiring an easy backpacking experience.

I also encouraged Metro to plan for more family-friendly elements such as disc golf, sand volleyball courts, picnic areas, and playgrounds for young children. These are the kinds of facilities found at Blue Lake Park, one of the region’s most popular recreational destinations.

The Metro Council had zero interest in these ideas. As far as Councilors are concerned, they are letting us use 5.5 acres of the Park and we should be grateful. In his celebratory speech before dropping the gavel, Presiding Officer Tom Hughes proudly defended the status quo by stating, “There will be no ivy and no dogs; both are invasive species.”