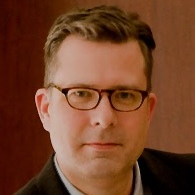 Eric has been a long-time academic advisor and contributing analyst for Cascade. As Vice President of Research, he leads Cascade’s policy team and serves as an expert analyst of Oregon state and local public policy issues.

As a consulting economist, Eric Fruits has produced numerous research studies involving economic analysis, financial modeling, and statistical analysis. As an expert witness, he has provided testimony in state, federal, and international courts. He has written peer-reviewed articles on initial public offerings, the municipal bond market, real estate markets, and the formation and operation of cartels. His economic analysis has been widely cited and has been published in The Economist, The Wall Street Journal, and USA Today.  He is also an adjunct professor of economics at Portland State University.