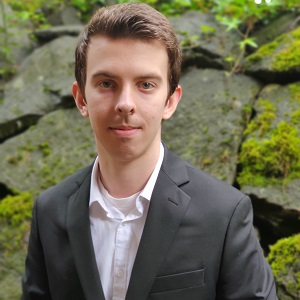 Vlad Yurlov joined Cascade Policy Institute as a Policy Analyst in 2020. He previously worked with Cascade through the 2019 Koch Internship Program, during which his research focused on a critique of the history of Metro’s Parks and Nature bond measures. He was a coauthor of Cascade’s report Hidden Lands, Unknown Plans: A Quarter Century of Metro’s Natural Areas Program.

Vlad earned a Bachelor’s degree in Quantitative Economics with a focus on mathematics from Portland State University. Now, as a Policy Analyst, he is applying his love of free markets to major concerns such as Portland’s homeless crisis, Educational Saving Accounts, and Oregon’s Transportation Planning Rule.

While in school, Vlad realized the great impact public policy has on the economics of a region. Due to this, he chose to focus on technical econometric education and an exploration of public policy’s historical effects. Hailing from Astrakhan, Russia, Vlad immigrated to the U.S. as a child and grew up in the Portland area.